The Mercedes-Benz 300 SLR (W196S) was an iconic 2-seat sports racer that took sportscar racing by storm in 1955, winning that year’s World Sportscar Championship before a catastrophic crash and fire at Le Mans ended its domination prematurely.

The W196s monoposto driving position was modified to standard two-abreast seating, headlights were added, and a few other changes made to adapt a strictly track competitor to a 24-hour road/track sports racer.

Two of the nine 300 SLR rolling chassis produced were converted into 300 SLR/300 SL hybrids. Effectively road legal racers, they had coupé styling, gull-wing doors, and a footprint midway between the two models.

When Mercedes canceled its racing program after the Le Mans disaster the hybrid project was shelved. Company design chief Rudolf Uhlenhaut, architect of both the 300 SLR racer and the hybrids, appropriating one of the leftover mules as his personal driver. Capable of approaching 290 km/h (180 mph), the Uhlenhaut Coupé was far and away the fastest road car in the world in its day. 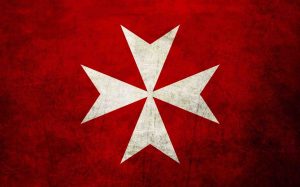